Dr. Stacy Thompson was raised in the Bay Area and has over 25 years experience in
higher education. As an educator, she supports community college students
of color reach their educational goals and mentors faculty, staff and administrators who
wish to advance their careers in the community college setting.
Dr. Thompson started her career in higher education teaching Early Childhood
Development at Merritt College in Oakland, CA. After 10 years in the classroom, and
graduating, she became the permanent Dean of Humanities and Social Sciences at Merritt
College. Currently, Dr. Thompson currently serves as the Vice President of Academic
Services at Chabot College in Hayward, CA.
Dr. Thompson served on Western Region Council on Black American Affairs
(WRBCAA) board for 8 years and now serves as the President. On the national level, she
is VP of Programs on for the National Council on Black American Affairs (NCBAA) and
is a founding member of the Black Education Association at Chabot College.
As an active member of the higher education community at the state level, she serves on
the Chief Instructional Officer (CIO) Executive Committee representing Region 3 and on
the California Community Colleges Athletic Association (CCCAA).
Dr. Thompson holds a Doctorate of Education and a Master’s Degree in Educational
Leadership from Mills College, a Master’s Degree in Child Development from Mills
College and a Bachelor’s Degree Lewis and Clark College.

Dr. Jennifer Taylor-Mendoza, author of Minding the Obligation Gap in Community
Colleges: Theory and Practice in Achieving Educational Equity, holds a Ph.D. in
education from Claremont Graduate University. With over twenty years of higher
education experience, Dr. Taylor-Mendoza is continually inspired by the brilliance,
power, and endless potential of community college students. Her research focuses
on the intrinsic resiliency of students of color and institutional approaches to
addressing systemic, structural inequities. Dr. Taylor-Mendoza is the Vice
President of instruction at Skyline College and serves as the CIO representative to
the State Chancellor’s diversity, equity, and inclusion workgroup. She serves on
the Board of Directors of the Human Investment Project (HIP) Housing and is an
Aspen Presidential Fellow. Her work integrates Student Services and Instruction
dismantling structural inequities to create programs responsive to local economic
and social needs. Areas of expertise are leadership development, program
innovation, community partnerships, and institutional equity reform.

Dr. Tammy Robinson serves as the Vice President of Instruction at Cañada College in Redwood City, California. Prior to this position, she served as the Dean of Global Learning Programs and Services and Dean for Social Science and Creative Arts at Skyline College in San Bruno, California.  Dr. Robinson has over twenty years of experience as a community college administrator and faculty member. She also served as interim Vice President of Academic Services Services/Athletic Director/CIO at Lassen Community College in Susanville, California. She was also the Department Chair of English/ESL/Linguistics Department at Los Angeles City College in Los Angeles California. 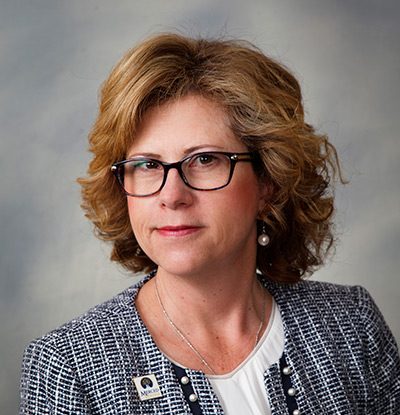 Kelly Fowler, who exemplifies the qualities used to select the recipient of the Carter Doran Award, is currently the Vice President of Instruction at Merced Community College. Since she began working there in July 2018, she has successfully supported her institution while providing leadership for the California Community College Chief Instructional Officers.

This year’s award winner is extremely deserving of this award for leadership. She is one of the longest standing CIOs in the state and has the longest tenure on the CCCCIO board. She served as the regional representative for over 2 years, then became president elect. At that time several board members retired or became presidents, so there was a lot of turnover on the board. To ensure consistency, we actually changed the constitution to have the president serve for two years (we thought it was a good idea at the time – but found out it was not a great idea) – so she stepped into the CIO presidency for 2 years. She is now serving as the immediate past president on the board.
END_OF_DOCUMENT_TOKEN_TO_BE_REPLACED 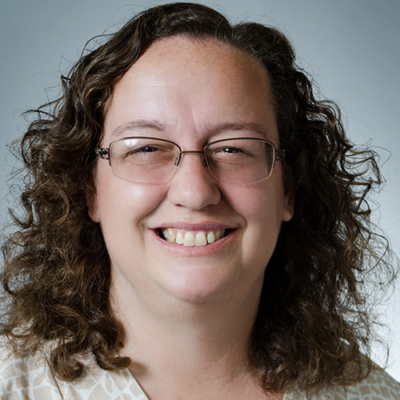 A results-driven leader with more than 25 years of experience in higher education, Randall has served as Chief Instructional Officer (CIO) in the California community college system for 4 years and has served as president of the statewide CIO organization twice.

During her career, she has been an accreditation liaison officer for four different institutions; served on six visiting accreditation teams; participated on state advisory committees for dual enrollment, institutional effectiveness and online education; and has supported the development of multiple career technical education programs. During 2019-2020 Meredith served as director of programs and educational effectiveness for the California Virtual Campus and has helped lead the effort to develop a statewide online course exchange.

She began her career in community colleges as an English instructor at Palau Community College in 1993, eventually becoming dean of academic affairs there. In 2000, she joined Mendocino College as associate dean and was promoted to vice president of educational services before leaving in 2012 for Shasta College. After a four-year stint at Shasta as CIO, she joined Chaffey College in the same role from 2016 to 2019. 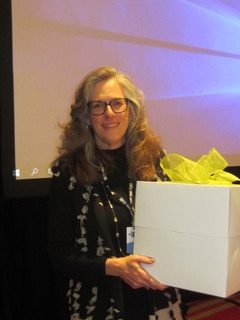 Irene Malmgren, who exemplifies the qualities used to select the recipient of the Carter Doran Award, is currently the Vice President of Instruction at Mt. San Antonio College. Since she began working there about four years ago, she has successfully led the college through the accreditation process; instituted guided pathways; and overseen a model non-credit program. More than all this, she has solidified her college’s role as a state leader in innovation and quality. Those of us who know Irene realize that her presence and guiding hand were essential to Mt. SAC’s development.

Irene’s friends and colleagues also know that she is unfailingly kind and professional, qualities she displayed as President of the CCCCIO group in 2015-16. She is an endless source of useful information for both new and experienced CIOs – and she never hesitates to help others strengthen their own institutions. On her own campus, it is apparent that faculty admire and respect her, and the managers she supervises value her leadership.

Overall, the word that best describes Irene is “generous” – with her time, with her talents, and with her friendship. The CIO group is fortunate to count her in its membership and is honored to give her this award. 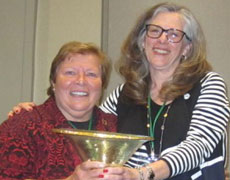 Anyone who has had the opportunity to observe Pam Walker at work will profess to her unyielding commitment to the work and support of her colleagues. She puts her heart and soul into the work. A community college alumna, Pam has a soft spot for our students and understands their daily challenges. END_OF_DOCUMENT_TOKEN_TO_BE_REPLACED 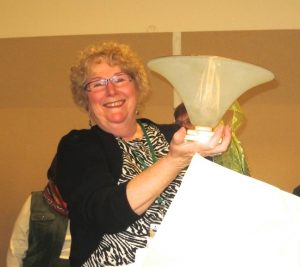 Dona Boatright’s rich career, continued contributions, and dedication to the CCCCIO organization and CIOs across the State make her an excellent recipient of the Carter Doran Leadership Award.

Dona served as a faculty member, a dean, and then a long-standing CIO. Dona was the CCCCIO president at the time when the ASCCC did not work hand-in-hand with CCCCIO, but the two organizations were somewhat antagonistic and hostile. Dona worked with the leadership of both organizations with knowledge, humor, an inclusive style, and genuine desire to work collaboratively for the benefit of our students. She helped initiate the era of goodwill that exists today between our organizations.

END_OF_DOCUMENT_TOKEN_TO_BE_REPLACED 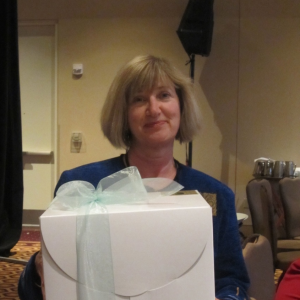 Mary Kay has had a profound impact on the CCCCIO Organization both as a leader and by welcoming herds of newcomers into the ranks of CIOs. As a new CIO not too many years ago, I recall Mary Kay Rudolph as being one of the first CIOs to approach me at a CCCCIO conference and not only welcome me to my new role but also offer to help me out whenever I needed someone to turn to. Mary Kay is kind, compassionate, and quite spirited, and has made me feel like I was part of a larger organization from the very beginning. She wasn’t one of the longest serving CIOs at that time. But she was one of the more vocal ones; fearless about sharing her perspective, and passionate about preserving the role of the CIO on campus and in statewide governance. END_OF_DOCUMENT_TOKEN_TO_BE_REPLACED

After much thought and reflection into the meaning behind the Carter Doran Award, I am proud and excited to award the honor to one of the finest and most knowledgeable CIOs I have had the opportunity to work with—Claire Biancalana—former CIO of Cabrillo College and the current Executive Secretary for the CCCIO organization. END_OF_DOCUMENT_TOKEN_TO_BE_REPLACED

Today, when resources are dwindling and the emphasis on accountability in higher education is increasing, it is tempting for administrators to equate “devotion to excellence” with a focus on those students who have the greatest chance of success. Dr. Virginia Burley, Chief Instructional Officer of Mount San Antonio College, has not fallen prey to that temptation; for her, devotion to excellence means providing the highest quality education to every student who has the will and determination to succeed. END_OF_DOCUMENT_TOKEN_TO_BE_REPLACED 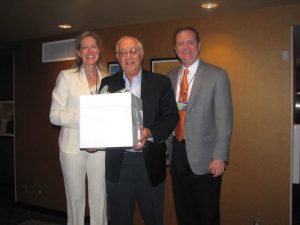 Those who know Don Berz know that he is a force of nature: a swirl of humor, compassion, loyalty, and fierceness. For more than forty years, Don has dedicated himself to the mission of the community college through leadership development, program development, and resource-building all aimed at improving student success. END_OF_DOCUMENT_TOKEN_TO_BE_REPLACED